I can hardly believe that it's the end of July already. The past few weeks have been a strange combination of busy and relaxing...busy, because things are always busy, but relaxing because I've had a few weeks since summer school ended and I'm only working one job. Nice. The evenings are my own and I've been spending as much time as I can with my kiddo.

Ah, my kiddo. She starts kindergarten in three short weeks. I've taken her shopping for some school clothes, and for a change, I didn't worry about prices or clearance racks. I just let her pick out things that she liked. That was hard, because money has been super-extra-tight, but I really felt like my kiddo deserved some nice clothes for her first few days of school. We got her five new shirts and two new pairs of pants. Spent just under $80, which seemed okay to me.

Speaking of money, my hubby still has not found work. It's been thirteen long months of unemployment and his benefits were drastically reduced. His ongoing unemployment hasn't been for lack of trying, but that doesn't make it any easier. I was looking over our budget yesterday, attempting to figure out where else we can cut back, and I've come to the sad realization that there isn't anywhere else to cut back.

Truth be told, if we never used water and didn't have to eat--meaning no water bill and no grocery bills--we'd break even at the end of the month. Obviously, things like food and showers and flushing toilets are necessities, so I guess we'll have to figure out something else. Any ideas? I don't mean to paint such a bleak picture...I'm just not in a great place right now as far as that goes.

For the most part, I'm hanging in there. Blogging has been slow and sporadic, along with most other things in my life. My heart isn't in much of anything. Well, I take that back. My heart is most definitely in spending time with my sweet little girl and getting creative in the kitchen. We may not have much money for groceries, but I can come up with some pretty snazzy dishes with the food we have in the house. Tomorrow is barbecued chicken legs with grilled eggplant and zucchini, and a spinach, almond and mandarin orange salad. Good food doesn't have to be expensive--our whole meal will work out to about $11.00 for three people, and we'll have leftovers for lunch the next day. So, essentially, it's six meals for $11.00, which works out to what? Less than $2.00 per serving...not bad.

My goal for next week is to only go to the grocery store for milk, eggs and bread. I'm going to create my menu based entirely on what I have in the freezer and pantry. Looks like it's time to start doing my weekly menu plans again!

That's it for now. I'll get back to real blogging soon.
Posted by Martha at 9:14 PM No comments:

Labels: "Frugal" is not an "F" word, Family, Random Stuff

I've always been sort of clumsy. Ungraceful. Accident-prone. Whatever you want to call it, well, I'm it. Sometimes I'm amused at what a klutz I am, but other days...mmmm...not so much. I have a goose-egg on top of my head from a bad encounter with the freezer door earlier. (My kiddo asked if I was growing another head after she gingerly touched the bump.) I caught my finger in the bathroom drawer. I dropped a bowl of green beans on my foot. Five minutes ago, I cracked my elbow on the edge of the desk and already have an emerging bruise.

People, this is just today.

It's not that I'm rushing around and being careless. I'm just that un-coordinated. Perhaps I should start making my clothes out of bubble wrap.
Posted by Martha at 6:43 PM 1 comment:

This is the doctor who first suspected that something was wrong.

She was diligent in testing and as soon as she had an inkling it was more than she should be handling, she sent me to a specialist.

This is the doctor who took out the lump/lymph node from my groin.

She totally cheered me on and may have been even happier than me when the biopsy came back as NOT cancer.

This is the doctor who coordinates my care and makes sure referrals are completed and that my insurance manages office visits, tests, procedures, surgeries and treatment.

Without him, none of my treatment would have been paid for by my insurance company--probably thirty thousand dollars in the past year.

These doctors are all part of my treatment team, and without them, I wouldn’t be celebrating this, today, July 9, 2010… 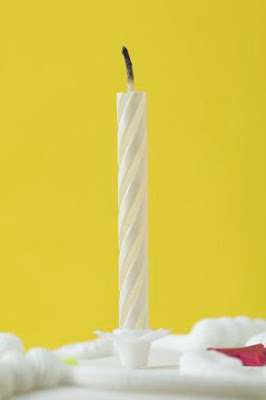 I AM ONE YEAR CANCER-FREE and I am so thankful for the amazing doctors and surgeons who have helped and supported me (and cut me open several times--but it was all for the greater good)! 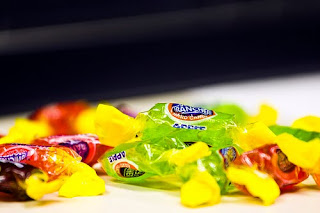 This is totally and completely random. I've had a peculiar pain in the center-left side of my chest for the past few weeks. It's not medical, I assure you. No heart attack, no panic attack, no tumor, nothing like that.
I didn't recognize it at first. It was a small spot and the first time I felt it, I remember thinking that it was small, about the size of a Jolly Rancher. The corners were sharp and I could feel them cutting into me. It took a little while for me to recognize the feeling for what it was.
I was angry.
I don't give into feelings of anger very often. I prefer to be the type of person who just sort of skates along and deals with issues as they arise. I can feel my feelings, but I get to choose what I do with them, and anger is something that I prefer not to express. More often than not, it results in hurt feelings and I don't know about anyone else, but for me, expressing anger usually backfires, in the sense that it results in more angry feelings.
I like comparing my angry feelings to Jolly Rancher for a few reasons...

Soooo...that's it. Just my completely random thoughts for today. I have a long weekend, thank goodness, and a lot I need to get done. I have to do some weeding in the yard, tend to the garden, go grocery shopping, clean the house, do laundry, etc. And that's after putting 60 hours in 4 days. Yikes. Looks like I better get moving. It's after 10am and I have a lot to cram into the next 12 hours.

Have a safe and happy holiday weekend.

Martha
"Don't compromise yourself. You're all you've got." ~Janis Joplin